The Case of the Crumpled Knave, Anthony Boucher 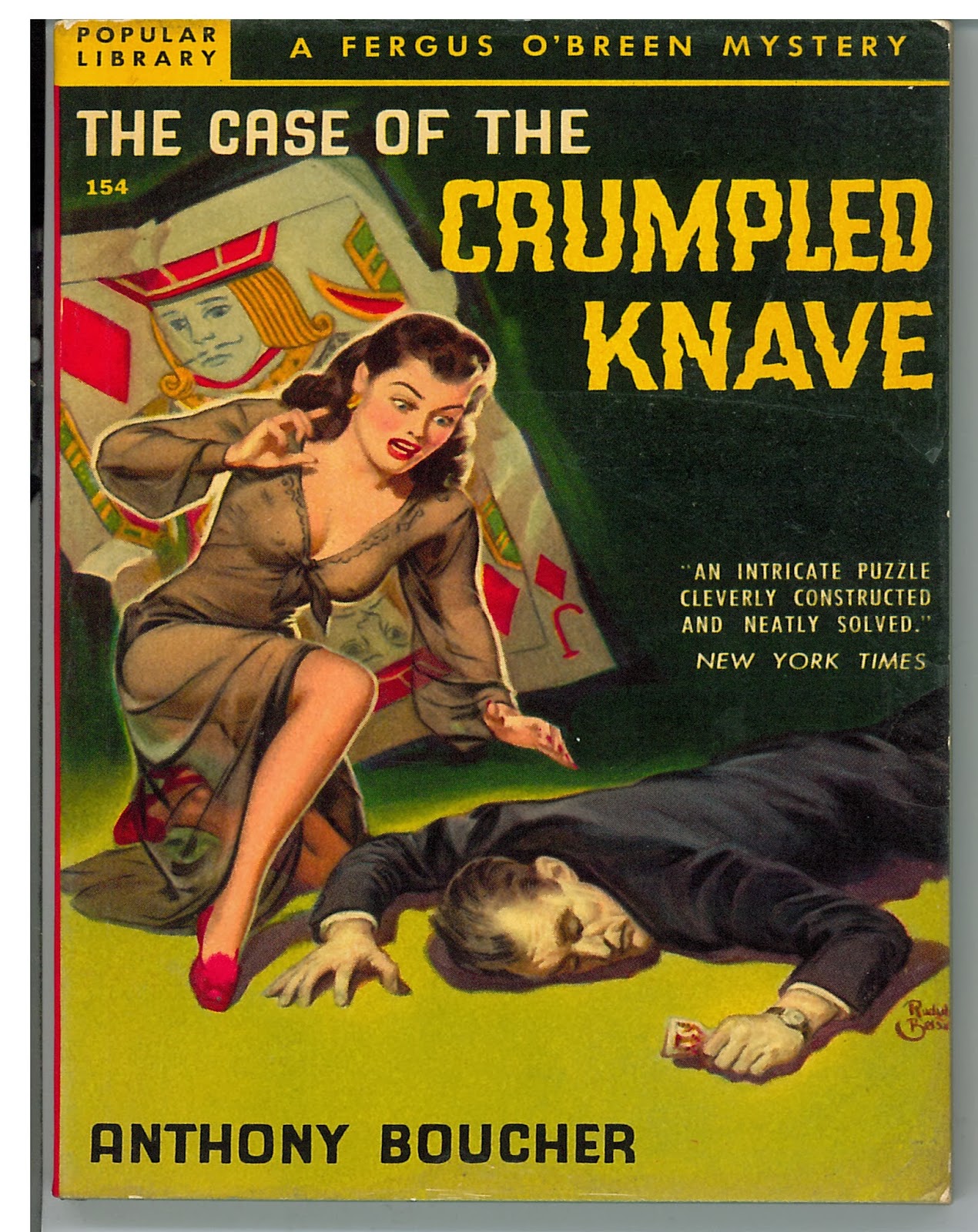 The supremely silly The Case of the Crumpled Knave (1939) is Anthony Boucher's second mystery novel and the first of four to feature Fergus O'Breen. William F. Nolan, writing on MysteryNet.com says, O'Breen "was conceived as a kind of West Coast Ellery Queen with an Irish brogue."

Throughout the novel Boucher breaks the fourth-wall with characters commenting on the fact that they are characters in a book. Boucher, who is probably best known as an editor and critic, is also not adverse to dropping the names of other writers:

"As a private investigator," Fergus answered as they settled into a booth, "I'm as unorthodox as hell. Mr. Latimer [creator of Bill Crane, the drunk detective] wouldn't approve of me one little bit. I rarely drink on a case at all, and never before lunch."

"You got it all wrong... There's no John Dickson Carr touch to this -- no locked room problem at all. In a way I'm sorry. I've always wondered if those things happened in real life...."

This department isn't afraid to call in reinforcements to do the heavy lifting so here's Will Cuppy commenting on The Case of the Crumpled Knave in the April 16, 1939, edition of the New York Herald Tribune Books:

"Sure enough, Mr. Garnett is soon lifeless (prussic acid) beside a jack of diamonds.... Mr. Garnett was a collector of playing cards, much interested in the more scholarly and abstract aspects of same. He was much given to muttering, 'Which is the true symbol of life -- chess or cards?' and such things. (Chess probably is, if you call that life.)"

I was thrilled to find that the public library had a copy of the original Simon & Schuster hardcover. Nice to know that The Case of the Crumpled Knave has gotten checked out often enough to avoid the dreaded cull.

Two daggers out of four.
Posted by Tony Renner at 12:23 PM